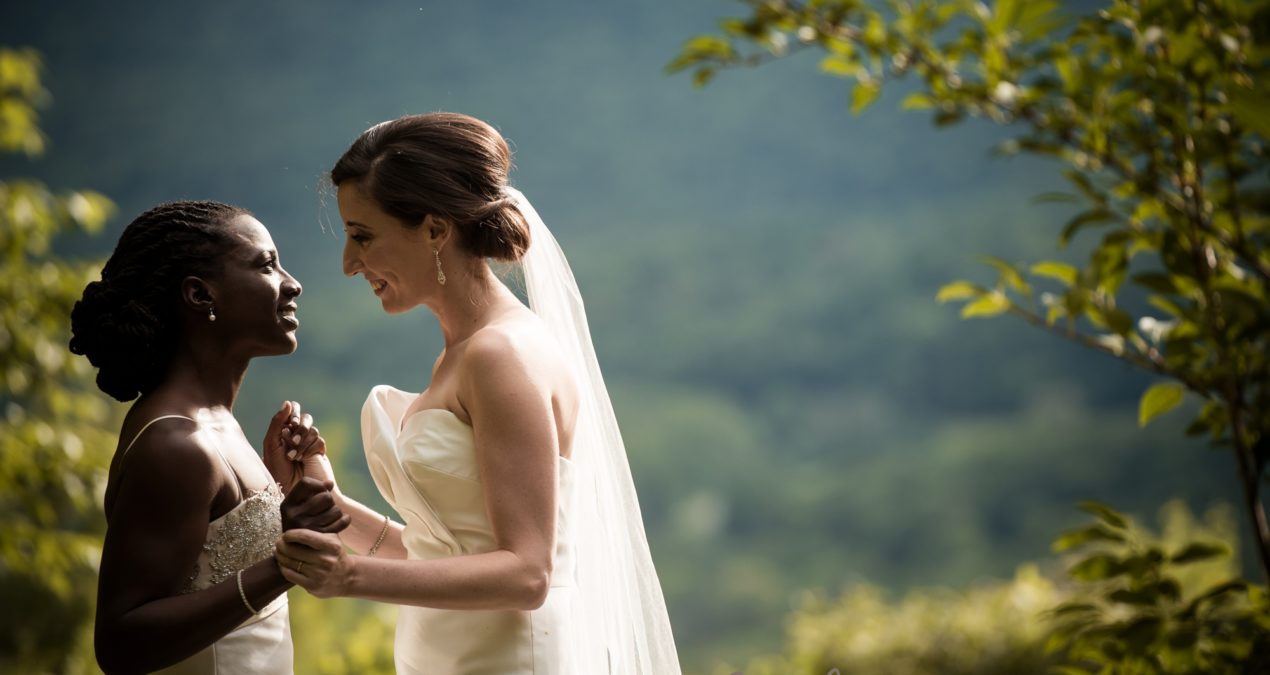 It’s taken for granted by so many that when they grow up, they can get married and that’s that. No red tape, no government majority indicating if it’s legal or not, no having to argue the validity of your union. It takes courage and perseverance, in the very least, to not only live genuinely but to then have to wait years in order to have the wedding of your dreams.

New York state legalized same sex marriage in 2011, making this day even more poignant for this couple, though the United States as a whole would not recognize their marriage until 2015. The fact that two people could not solidify their union based on sexual orientation is still baffling. Understandably, emotions ran high (in a good way!) on this particular day.

It may sound cliché, but it’s blaringly obvious when two people love each other so deeply. This is one of those times.

These are the junctures in life that mean so much and that make us feel so privileged to be witness to and artfully capture. A traditional Jewish Ketubah signing encapsulated the initial part of the wedding day and the importance of this day exemplified.

Love is love. It’s legitimacy is not determined by sex, race or creed. Love should be celebrated more often and much less impeded upon by those who don’t like the mold it’s cast from. Especially in these trying times, love needs to be celebrated.

We hope everyone has continued to stay safe and healthy!

What’s Important to YOU?