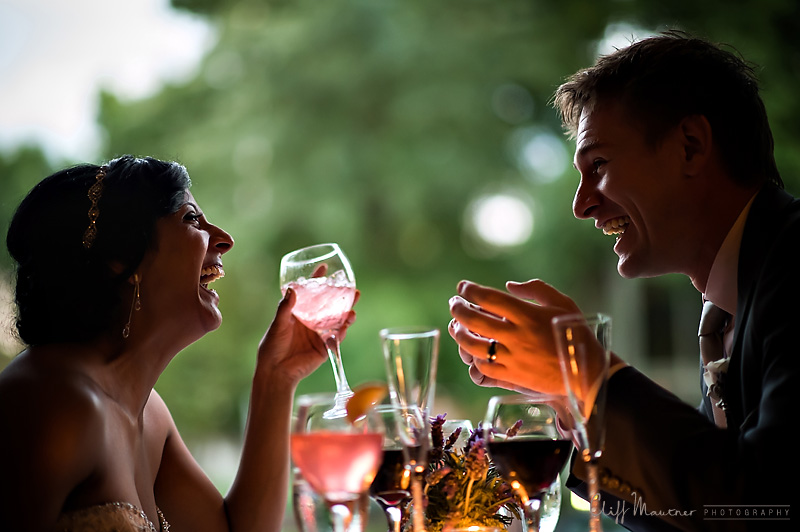 The hidden moments. These are the ones that people remember years down the road. When a couple looks at their wedding photos a decade later, I don’t want them to say “look honey, remember that? That’s when Cliff told us to make each other laugh”. I had no idea what they were saying to one another, and frankly, it doesn’t matter. What matters is that they were in their own world at their reception, and all I had to do was observe them, and then work the moment a little bit. Anticipation here, reaction there, and we’ll see a few frames that will mean something to them later on. Capturing the hidden moments are what I enjoy most about the weddings that I do. It’s the moments we find- rather than the moments we fabricate- that are the most gratifying to me as a photographer.

This image was shot in Lexington Kentucky at a fabulous french restaurant called Le-Deauville . It was during the dinner reception and they were seated at a sidewalk table. Twilight had hit, and the candles on tables were beginning illuminate the scene. Iskra and Caleb were in their own world, and this is a little peak into it. How to Create Timeless Photos